A story about Terra Preta

Once upon a time there was a garden gnome. His name was Uncle Fred.

He lived in a garden shed. His furniture was made from pale wood. Fred's hair was black, his eyes were blue, and he wore green clothes.

In the past he had won prizes for the most beautiful garden and the biggest pumpkins.

After a while Fred grew older. He did not care for the garden anymore and a lot of plants died.

The animals who lived in Uncle Fred's garden were very sad because he became older and older and did not care for the garden any longer. The garden started to look like a waste dump! If it went on at that rate, all the animals and insects in the garden would also have died.

So the day came when the head of the Environment Police, the Ant Commissioner, called all the garden animals and insects for a meeting.

All the spiders, ants, other insects and animals got together and discussed the matter. They decided to produce "Terra Preta", the black soil of the South American natives,  to make Uncle Fred's garden beautiful again. They had heard about Terra Preta from a visiting garden spider.

The spiders started to make bags and pouches with their spider nets to transport leaves and grass to the chosen place in Uncle Fred's garden.

The ants secretly entered Uncle Fred's house to fetch leftovers from the kitchen and the rubbish bin. Their prcession looked like a giant centipede - but it was only the ants!

Together the hard working animals put the leftovers on the bed for the Terra Preta production.

Uncle Fred had a cow in his garden. Her name was "Cool Caka Cow" and she was spotted brown and white.  The dung beetles assembled and picked up dung and urine from Cool Caka Cow . They rolled it together into balls and brought them back into the garden. Then they buried the dung and urine balls into the earth.

At night the lady birds sneaked into Uncle Fred's house to fetch charcoal from the fire place. Charcoal  is one of the most important ingredients for Terra Preta and the lady birds knew that.  They quickly crawled to the fireplace and grabbed the coal.  Together they carried the precious lumps into the garden.

The moles were to collect garden soil for the Terra Preta bed. They split the garden in parts and, using their paws,  each mole dug tunnels into the earth.

When they reached the Terra Preta bed they had enough garden soil to fill it up.

Then the time came for the last ingredient: Water!  Rainwater from the sky is the best and most delicious water.

Therefore  all the the garden animals and insects danced a very long and noisy rain dance, and when the rain finally came, everyone was happy!

As soon as it rained the earth worms came out and got very excited about the lovely nutricious soil. It smelled so sweet that they immediately dug in. They gorged through all layers until they were really full. With their slim bodies they wiggled and waggled until small heaps of earth came out: They had produced Terra Preta and had enjoyed it! This soil was very good, moist and fertile for all plants.

At last the soil in Uncle Fred's garden was fertile again. All what they needed now were some seeds to bring  life back into the garden. That was the task of the bees. They swarmed around and cried: "Off to work!" Each bee grabbed some seeds. They all buzzed together and looked like a "Flying Rescue Unit". Now they flew really close over the bed and let the seeds fall down. "A miracle!" one bee cried. The seeds  tumbled into the earth.

Some days later little green sprouts appeared on the new fertile earth. The insects were so happy about it that they all shouted: "Hurrah".

Uncle Fred appeared  in his door and was angry. What on earth was making that noise? Had everyone gone crazy? All of a sudden he saw that his garden had become as beautiful as it had been in the past.

He smiled and was suddenly very happy and not angry anymore.

He thanked  the garden animals and insects affectionately, and they all celebrated with a big garden party!

Introduction of fable in the Botanical Garden

The first introduction of the fable "Uncle Fred's Garden" during the 2-days workshop "Terra BoGa" in the Botanical Garden in Berlin on 24th June 2015 was a great success. Various participants wanted the manuscript for their own work in schools or in youthclubs. The story will be publish on the TerraBoGa website, too: 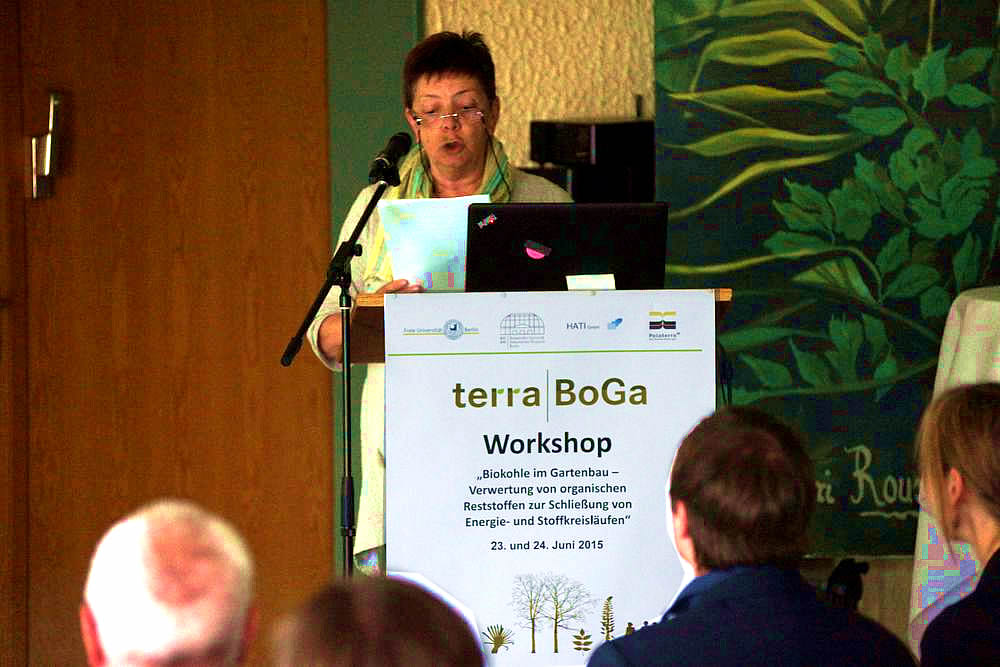 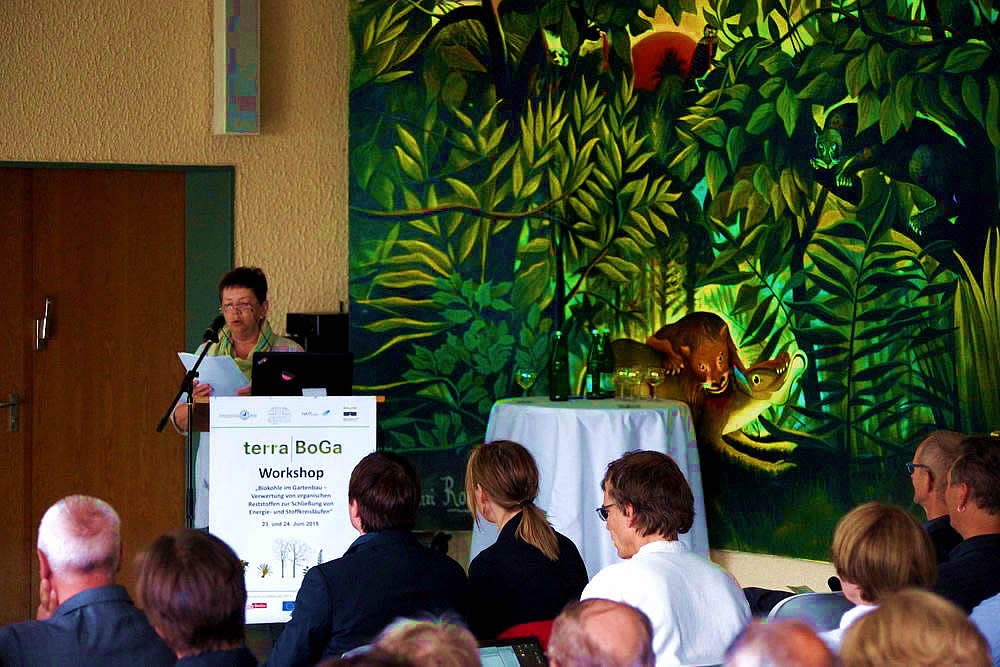