The word Theatre comes from the ancient Greek and originally meant the total number of viewers. Later it meant the space and the performance itself.

The first Greek theatres were associated with the worship of Dionysus. Open circular space that worshiped God over time gradually transformed in this architectural form of the ancient theatre.

There were three basic parts of the ancient theatre:

The theatron or koilon mainly , the part that was intended for viewers.

The Orchestra, the circular or semicircular space where there were the dancers (choros).

The scene, the space of hypocrites (actors). 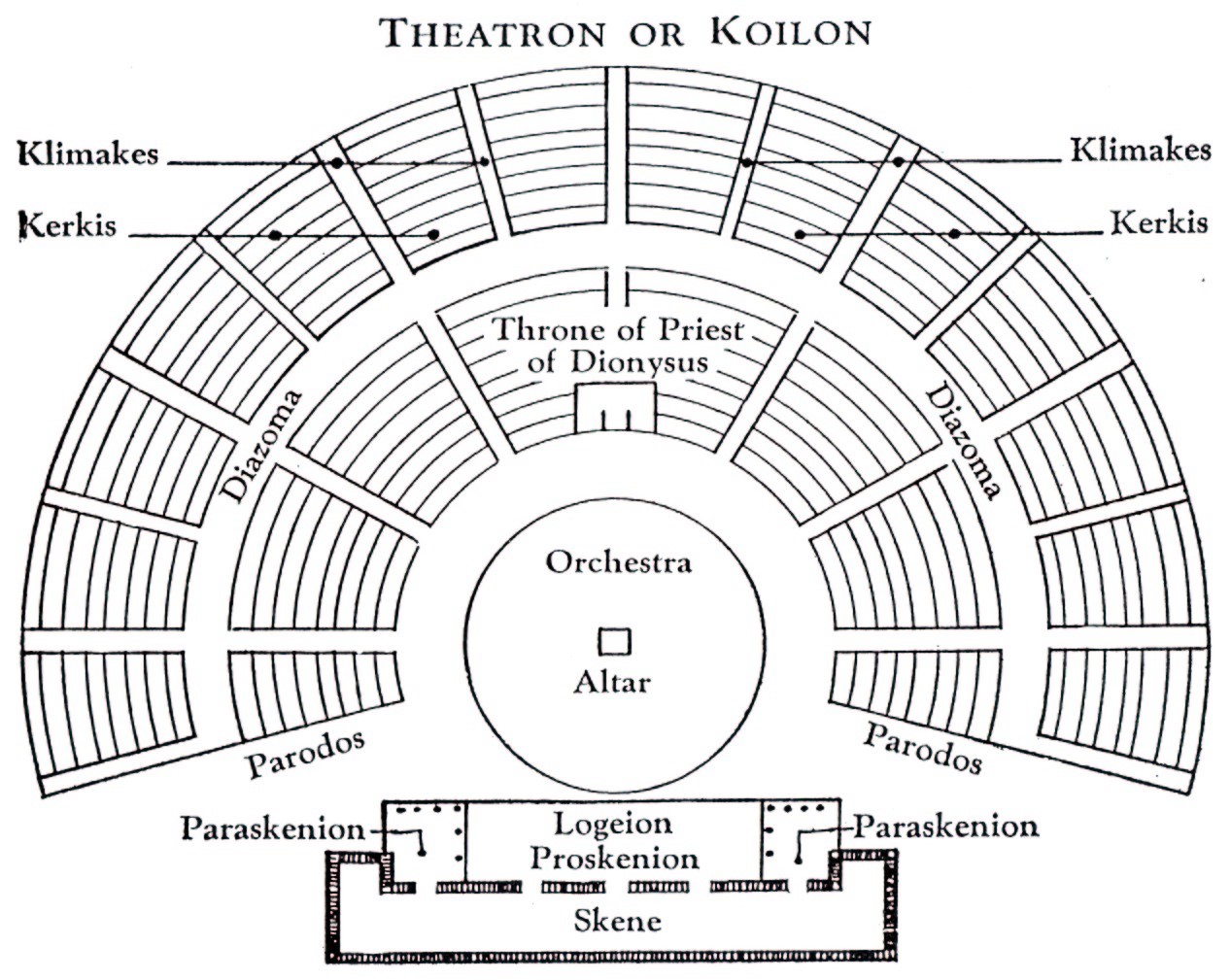 The Western-style theater was born in ancient Greece, with the tragedy. This theatrical form started with the rituals of the worship of Dionysus, God of fertility and wine. The ceremonies emphasized on the intense and painful sides of life so the tragedy in finished form (5th century BC) dealt with problems of conscience sending a violent, mournful and moral message. Aeschylus, Sophocles , and Euripides were the largest Greek tragic poets.

The tragedy in sophisticated form has the following structure: beginning with a "preface" usually, that introduces the Viewer to the affair, continues with "parodos", the song that sings the chorus while entering the Orchestra and follow the "episodes" interactive parts, where the faces of tragedy collide, committing the tragic error and cause the intervention of higher power. The "episodes" alternated with choral chants, the "stasima", where members of the dance sing, philosophizing about life, advise, hope the disaster won’t happen, but fail to prevent it. The last part of the tragedy is the «exit». Typical, also, for the narrative and dramatic value are the scenes of recognition, where a person recognizes another, which had been lost.

In ancient Greece the tragedy was accompanied by the comedy, which was lighter and more entertaining. The main representative is Aristophanes. Throughout the last 80 years, many Greek and international troupes have staged countless tragedies and comedies, reviving the spirit and culture of ancient Greece.