On the second of March 2015 we had a charcoal burning session! The council Ranger, Elizabeth Tindal, kindly offered to do it with us. We all had to be on our best behaviour. We were doing this because of our Erasmus + project. We needed charcoal to make a compost fertiliser called Terra Preta. I hope you enjoy this.

First of all we learned how to be safe around the fire. We had to be very sensible. First we found some blocks of wood and put them around the satellite dish that we were making the fire on. 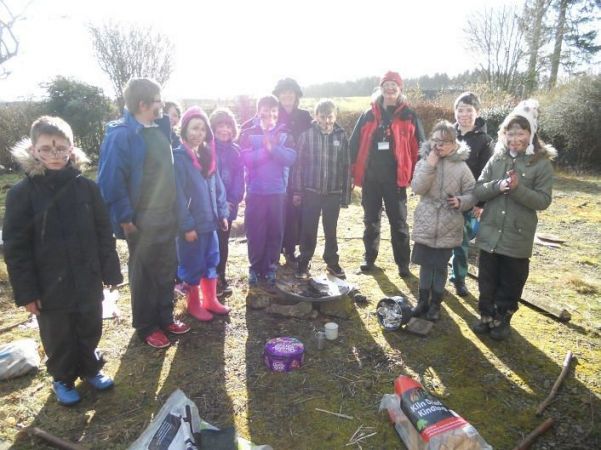 If we went in to the circle we would be unsafe. We had to cut off all the nearest dry plant stalks that could set on fire with cutters called loppers. 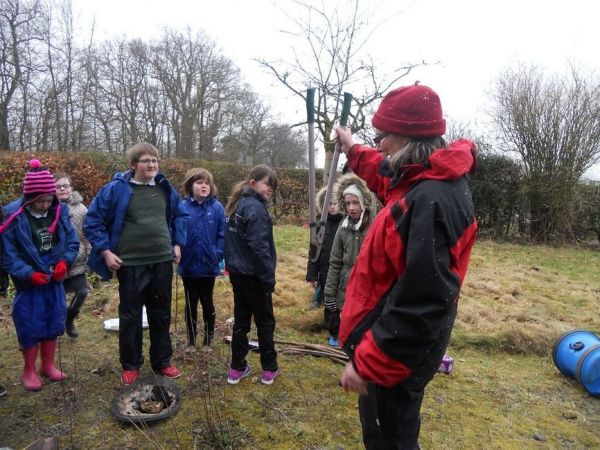 If we didn’t take all the twigs on the ground away, they could set on fire!
Then we got introduced to the flint and steel. 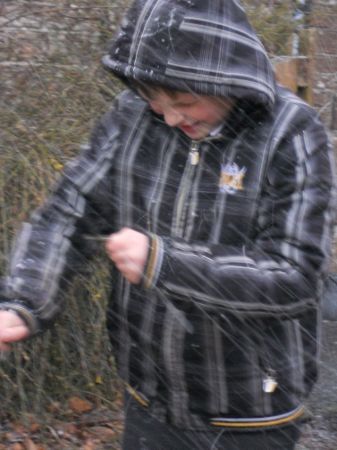 These were the things we were going to start the fire with. We scraped them against each other to make a spark. I was getting the hang of it and everyone else did really well too! 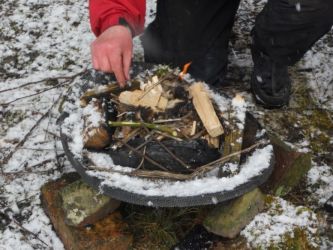 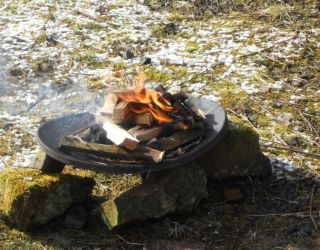 Once we had just started

After we had got the fire ignited we went to the back of our school garden and again used the loppers to cut some willow. 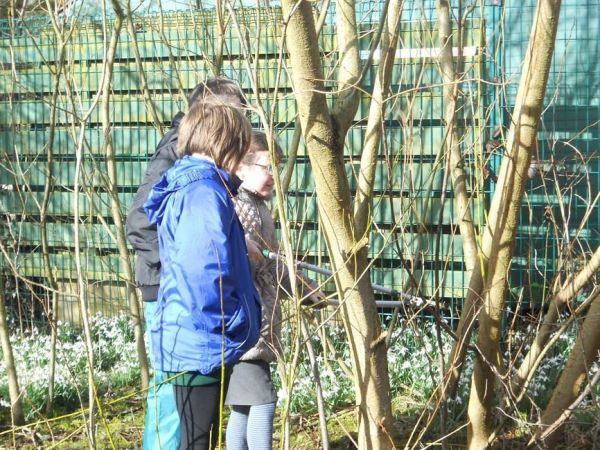 We learned that to make the charcoal work we had to tear the skin off the willow like a banana. I found it fun. 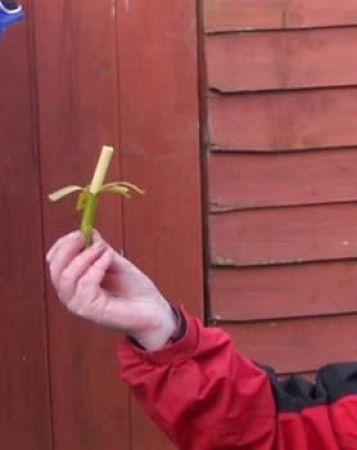 After we had loads of picked, peeled willow we went back around to Mrs Hogg’s garden where the fire was. 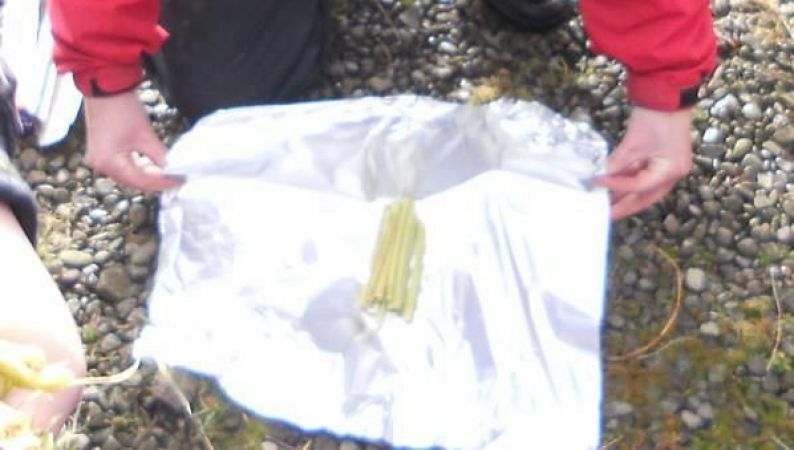 We then put them in the fire and while they were burning we got a skewer and a marshmallow and we went to the fire and toasted them! We learned that to toast them properly we had to put the marshmallow near the red parts of the fire and not in the actual flame. 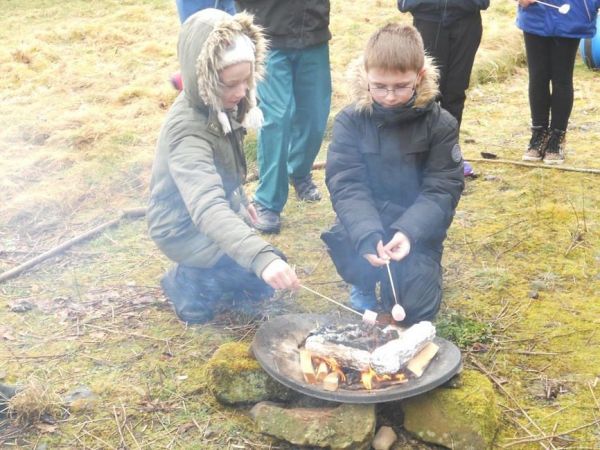 The marshmallows were really nice and I wished I could eat them all!

Once we had finished our great marshmallows, we crushed charcoal for our Terra Preta. Rory and I were getting our hands really dirty! We all worked really hard! 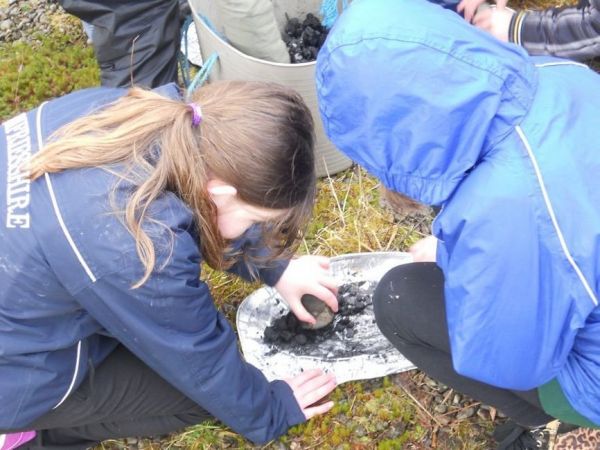 We got our hands dirty and we went over to a tree and made handprints on it. 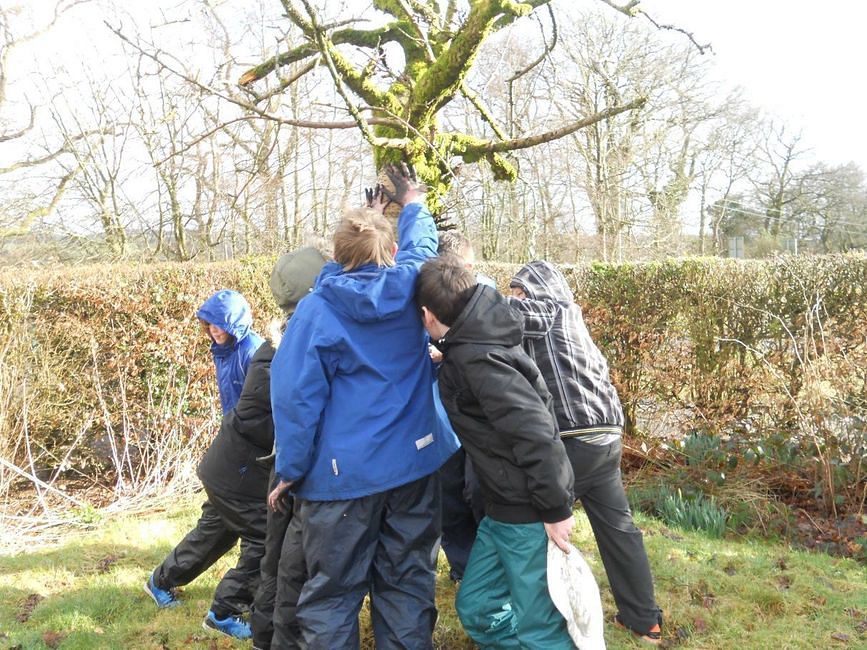 Then we crushed some charcoal up and put it on our faces. I looked like an army marine with that face paint they put on!

Once we had finished having all the fun, we went and made sure the fire was put out. We got some water in a barrel and filled a mug with it and then spread it around. Our charcoal burning session teacher checked it was out properly.

Then we went and took the equipment to the van and that was the end of our charcoal burning session with a council ranger. I really liked it. All in all I really enjoyed it.